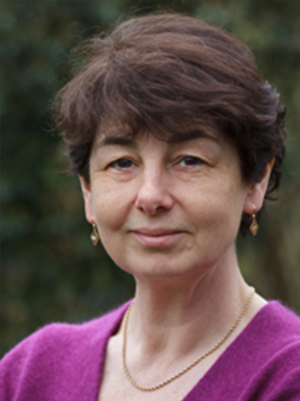 Gillian Patricia Bates FRS FMedSci is Professor of Molecular Neuroscience at University College London (UCL) Institute of Neurology, where she is Vice Dean (Research) for the Faculty of Brain Sciences and Co-Directs the UCL Centre for Huntington’s Disease. She was formerly Head of the Division of Genetics and Molecular Medicine, King’s College London (KCL) (2011 – 2016) and Professor of Neurogenetics, KCL (1998 – 2016).

She obtained a 1st Class Hons BSc in Genetics from Sheffield University in 1979 and a PhD from London University in 1987, researching the molecular genetics of cystic fibrosis. She is distinguished for her research into the molecular basis of Huntington’s disease (HD). During her postdoctoral work she was a key player in the team that cloned the Huntington’s disease (HD) gene in 1993. She developed the first mouse model of HD in 1996 and her research programme is directed toward understanding the molecular basis of HD and validating therapeutic targets. She was a founding member of the European Huntington’s Disease Network in 2003.

Professor Bates has been elected to the Academy of Medical Sciences (1999), European Molecular Biology Organisation (2002) and the Royal Society (2007). Prizes have included the Royal Society Glaxo Wellcome Award (with Stephen Davies) (1998), the Max Planck Research Award for International Cooperation (1999), the Klaus Joachim Zülch-Preis (2001) and the Leslie Brenner Gehry Prize for Innovation in Science (2011).